New Orleans is known for several unique and delicious foods, such as gumbo, po-boys, muffulettas and beignets. The city also has its own approach to coffee: brewing it with chicory. Here’s a look at the characteristics chicory imparts into a cup of coffee, along with how to brew your own New Orleans-style coffee at home.

Chicory is the root of endive, which is a fancy type of lettuce. Endive leaves may be blanched and then either cooked or incorporated into salad. Its root, chicory, is often roasted (not unlike coffee). The chicory root may also be eaten, or it can be brewed.

Chicory doesn’t taste the same as coffee (no plant does), but the root produces a beverage that’s deep, rich and slightly bitter, like coffee. When brewed along with coffee, chicory lessens the coffee beans’ bitterness and adds depth to the final cup. It also imparts its own, unique flavor. Chicory doesn’t contain caffeine, so adding it to coffee grounds won’t increase the caffeine in a brew.

How to Brew New Orleans-Style Coffee

To brew New Orleans-style coffee, you will need chicory. As with coffee, freshly roasted chicory tastes much better than old chicory, but it’s often difficult to find freshly roasted chicory. If you’re just trying NOLA-style coffee for the first time, use any chicory you can find. Grocery stores often don’t stock chicory, but you might find it at bulk coffee stores, Asian or Indian grocery stores, or online.

To make hot-brewed New Orleans-Style coffee, simply brew coffee as you normally would, but add chicory to the grounds. The process will work with almost any brewing method, although we’ve not tried it with espresso.

At first, use a ratio of 1 part chicory for every 2 to 3 parts coffee grounds. For instance, if you’re using 6 tablespoons of coffee, use 2 to 4 tablespoons of chicory. You can adjust the ratio to taste after you’ve had one or two brews.

As long as you aren’t trying to make espresso, you can use the chicory as it comes. It may not be as finely ground as your coffee, but it will still impart its unique characteristics into the brew. We don’t recommend grinding chicory with a coffee grinder.

Regardless of whether you’re making hot-brewed or cold-brewed New Orleans-style coffee, we suggest using freshly roasted coffee beans that are medium-dark. Our Classic and Bold Profile coffees, which are usually in the medium-dark range, often have chocolatey notes, bold bodies and smooth finishes that are perfectly suited for New Orleans’ take on coffee. You can place an order here. 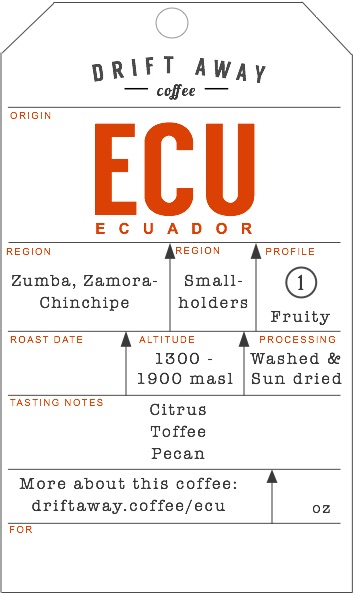