How much coffee is too much coffee? - Driftaway Coffee
Press enter to begin your search

Caffeine is a drug, and it should be respected as such. While we, as coffee drinkers, might want to downplay the significance of caffeine, drinking too much coffee on a regular basis can have several negative side effects. How much caffeine is too much, though? Here are some answers from the Mayo Clinic, along with how they translate to coffee-drinking.

According to the Mayo Clinic, most adults can safely consume up to 400 milligrams of caffeine. How many cups of coffee this translates to depends on how much caffeine is in your coffee, which can vary between 85 and 200 milligrams per 8 ounces of brewed coffee.

If you’re only drinking two cups of coffee a day, like our roaster does, you’re probably under the 400-milligram mark. Even at three or four cups a day, you might still be safe (assuming they’re 8-ounce cups). Any more than this, or consuming both coffee and another caffeinated drink, may put you over 400 milligrams.

(These figures are for adults. The Mayo Clinic recommends that children limit their daily caffeine intake to just 100 milligrams.)

Other Factors to Consider

While 400 milligrams is the general recommendation for adults, other considerations may lower your daily recommended intake. Your caffeine tolerance will be affected by your:

Side Effects of Caffeine

Most side effects of consuming too much caffeine are well known. Nevertheless, it’d be impossible to discuss caffeine consumption without mentioning that having too much can cause:

First, you could try only having it in the morning. The half-life of caffeine is 5.7 hours, which means half of the original amount you had is left in your system six hours later. For instance, if you have a 16-ounce cup of coffee at 3:00 p.m., you would be drinking approximately 200 milligrams of caffeine. At 9:00 p.m., there’d still be 100 milligrams of caffeine in you, which could make it difficult to fall asleep. By only drinking coffee in the morning, you’d increase the time it has to leave your body before nightfall.

Second, switching to a darker roast may help you limit your caffeine intake without cutting back on the number of cups your have. Darker roasts, as we explained in this post, have less caffeine than lighter ones.

Third, opting for espresso, instead of a brewed coffee, would lower how much caffeine you have with each cup. Espresso shots only have 47 to 75 milligrams of caffeine. Sticking to one shot of espresso, as Italians generally do, could cut your caffeine consumption in half, depending on the coffee you drink and the espresso.

Finally, if all other options fail and you still need a cup of coffee, there’s decaf. Historically, decaffeinated coffee either was processed with chemicals or tasted flat, but a new decaffeination process that uses carbon dioxide could produce excellent decafs. At this point in time, the process is too expensive to use on small batches of gourmet coffee. We hope that it’ll bring decaf in line with caffeinated coffee’s quality in the future.

If you’re drinking too much coffee and feel the effects of its caffeine, you might want to consider limiting your consumption to 400 milligrams of caffeine a day, at most. Thankfully, there are ways to do this without drinking coffee less often. Try only having coffee in the morning, switching to dark roasts, ordering espresso or drinking decaf. You might just find that this is enough to bring your caffeine consumption into line. To learn more about the coffees that we offer and whether they could help you reduce your caffeine intake, check out our coffees. 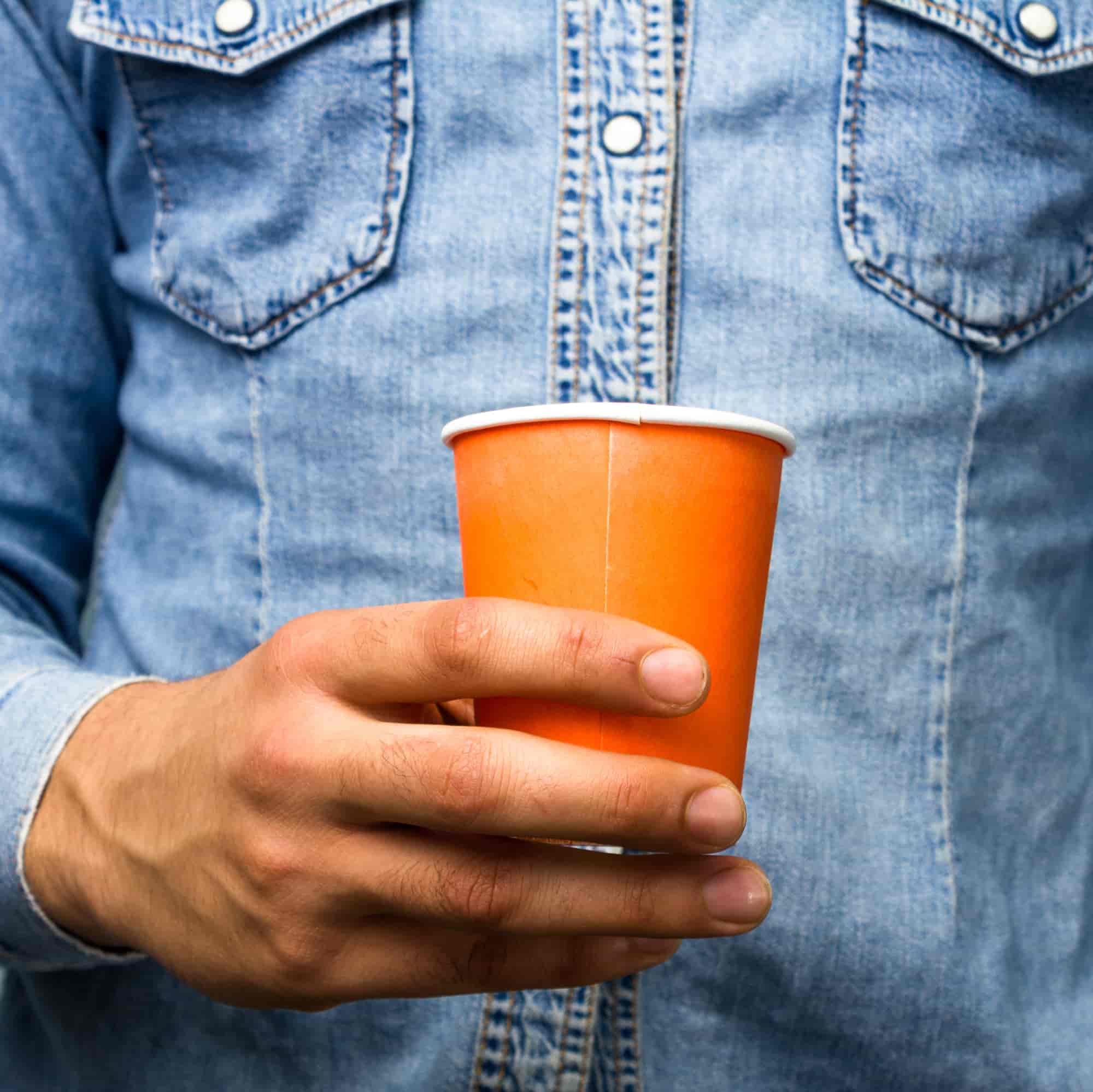 How To Remove Coffee Stains: Synthetic and Cotton Fabrics

How To Remove Coffee Stains: Synthetic and Cotton Fabrics